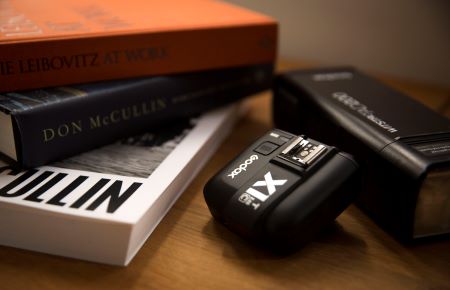 There are so many triggering options available out there and it can be difficult to choose which triggers to go for. Triggers come in all shapes and sizes and have different features to offer. Today we’re going to talk about the Godox X systems. We’ll be looking at the differences between the X1T, X2T, and XPro Triggers. We’ll also touch on the X1R Receiver and where that fits into the mix.

All 3 of these triggers will connect directly to any of Godox’s latest flashes including the AD series, V1, V860II, and many more. This is because all of Godox’s newer flashes have a built-in 2.4Ghz receiver. Our own Lencarta SmartFlash 4 and SuperFast Pro also have the exact same built-in 2.4Ghz receiver allowing you to seamlessly connect our equipment with Godox’s. All 3 triggers are available for Canon, Nikon, Sony, Olympus/Panasonic, and Fujifilm. The XPro is also available for Pentax.

However, you don’t need to have a Godox or Lencarta flash to use the Godox X triggers. Godox have kindly released a plug in receiver, the X1R. The X1R is available in Canon, Nikon, and Sony and can be connected with either b hotshoe for flashguns, or via the sync port for everything else. This allows you to connect the triggers to almost any flash, whether it be a Nikon SB900, a Canon 580EX, a Bowens monoblock, or any other flash with a sync port. 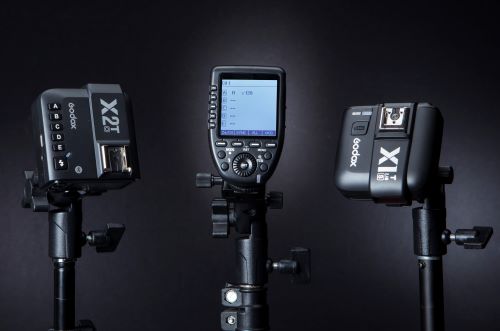 Where do the camera types come into play? Why does there need to be different versions for Canon, Nikon, Sony, Olympus, Fuji, and Pentax?

If you’re only looking to use these triggers with a manual flash, the camera type doesn’t really matter. Where it does matter is when they’re used for HSS or TTL. Each camera brand has slightly different set of protocols to activate HSS and TLL from camera to flash. This means that everything needs to be inline – the camera, the trigger, the receiver, and the flash.

The 3 triggers all have essentially the same features. The design and interfaces change, but the base features are available on each camera. They all allow the use of HSS and TTL when used with compatible flashes. They all have 32 channels, 5 groups and 0-100m range. They all allow you to adjust (for Godox and Lencarta flashes) the power settings, modelling lamp, modes, rear-curtain sync, flash exposure lock, focus assist, and zoom settings. They all take 2x AA batteries and all connect to the camera using either the hotshoe or via sync cable.

Let’s get down to the differences. 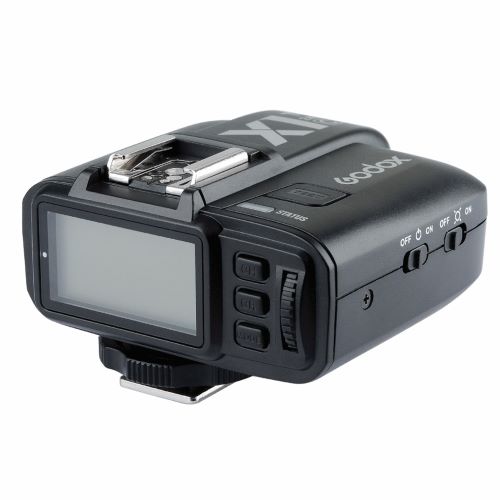 The Godox X1T is the first trigger of this set to be released, and is the most basic in terms of design. It has few buttons and a small screen, but does allow you to add a hotshoe flashgun on top of the trigger while it’s in use on your camera. This is all of course reflected in the price. If you don’t need of big screen with large text or lots of buttons, or if you’re on a tight budget, the X1T is the trigger for you.

Small Screen, Not many buttons 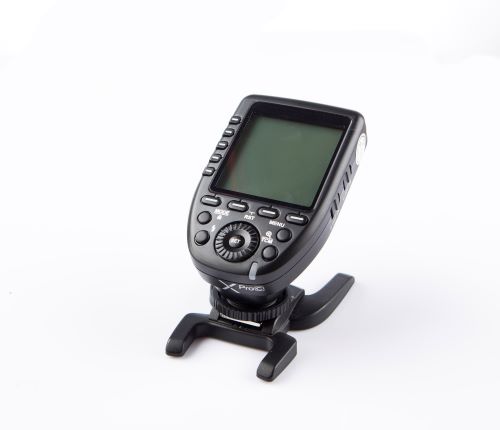 The second trigger Godox released was the XPro. The XPro has a completely different design to the X1T and X2T. It boasts a far bigger screen which make it more user friendly and easier to view. The XPro doesn’t have the pass-through feature, so you can’t a

dd a flashgun to the top. This trigger also has many more buttons. There are separate buttons for selecting each group, and separate buttons for each setting change you can make. This makes workflows so much easier and faster. The XPro is currently the most expensive of the three at £60 (March 2020), but the price is well worth the ease of use. If you’re needing a very easy to use trigger, with a bigger screen and more buttons, and you don’t need to add a flashgun to the top, this is the trigger for you.

No pass-through hotshoe, most expensive 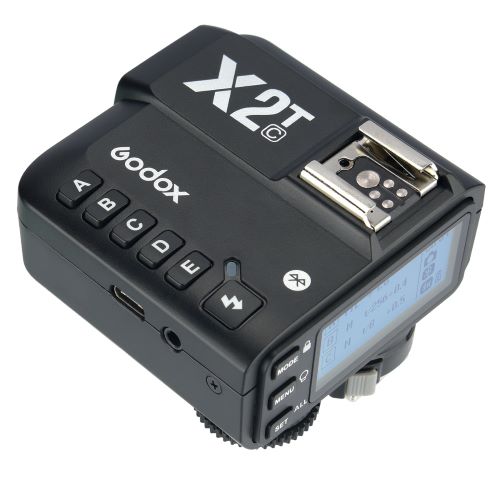 The X2T is the latest released trigger of these three. The X2T is very similar in shape and style to the X1T, and allows the same pass-through feature allowing you to attach a flashgun to the top. The X2T has some nice additions to the X1T. It features a slightly larger display and the controls have been move around a little bit too. The X2T has separate buttons to select which of the 5 groups you want to adjust and the adjustment dial has been made bigger and moved to underside of the trigger. The X2T has also been fitted with Godox’s latest hotshoe lock, which is so easy to use. One of the big additions to this trigger is Bluetooth. Godox have released a mobile app available for iOS and Android which connects your smartphone to the trigger, allowing you to change all the settings from your phone.  The X2T sits in the middle of the three triggers for price at £53 (March 2020). It’s a great middle ground between the X1T and XPro, with the pass-through hotshoe and ability to use your nice big smartphone screen when you need it.

Which one should you buy?

We’ve now looked at all the similarities and differences between the three triggers. The choice is now yours to make. It really just comes down to which style is going to work best for the work you do.

Don’t worry, the world of photography can be difficult to get your head round sometimes. If you’ve got questions or need anything clarifying just get in touch. We’re always happy to explain things and help you find what’s best for you. We’re available by phone (+44(0)1274 678842), email ([email protected]), or LiveChat on our website (www.lencarta.com).