A Photographer's Introduction to Newborn Photography 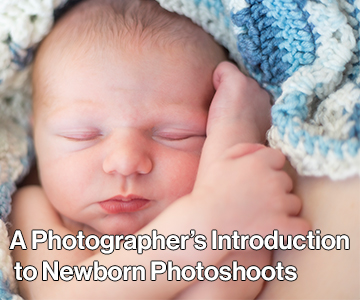 In the words of our in-house photographer, Mike Crompton - brand new father to 3-week-old baby Robbie- read the challenges and experiences of a professional photographer trying their hand at a newborn photoshoot.

One of the things I looked forward to once our baby was growing in his mum was being able to capture precious memories of our baby from newborn. I’ve been a pro photographer for over 10 years, but I was completely new to baby photography and I knew that I’d face challenges!

After doing a little bit of research I knew that I had a good 2-week window to capture, our baby in his newborn state. Of course, any time is fine but generally the first 2-week window is a good time to be thinking about doing your baby photo shoots for that ‘newborn look’.

I already had my equipment ready which I felt would have been perfect to capture images of Robbie. This includes a SmartFlash 300Ws studio flash, Profold 120cm Soft box, 265cm pneumatic Lencarta light stand and a 2.4 GHz Wave sync Wireless Transmitter. I knew that most of my shots would be shooting at wide-open apertures from f1.4-f2.8 which just about left me with a flash not too bright when shooting at the lowest power setting on my SmartFlash 4. I only needed a small amount of flash to perfectly expose my baby so my set up was good to go.

I knew from experience that the larger the soft box the softer the light which would help create a soft natural lighting. The 120cm octa was great for this and also with it being a profold soft box it meant that I could easily pop it up and not have to dedicate too much time to setting up/closing down equipment. I always find that soft boxes with an octa or round shapes produce a really natural reflection in the eye of the model.

The Smartflash 4 is a great all-rounder that’s both easy to use and reliable. This is a light I have been using for years for all different types of photography. For me, it’s just a simple flash that’s great to use, easy to get your head around, and has a built in receiver to work with any Godox 2.4Ghz transmitter. Sometimes flashes with mains power can be an inconvenience, especially if you are constantly moving your flash around, however with my shoot my flash almost entirely stayed in the same spot.

This was my initial set up for newborn however I decided to position the light to the side to make the light softer and also created a bit more shape with the lighting on Robbie’s face. Young babies tire quickly, so I used a teddy as a substitute for setting-up and practice.

Positioning the light to the side, I also moved to using a bean bag style prop. This allowed for more comfort for Robbie as it was much softer and it also allowed me to position his body much more easily than on a flat surface. Overall, it gave me more freedom with putting Robbie in different positions and I felt it was much safer shooting with this.  And, on the subject of safety, I made sure that he was always well away from the edge, and his mum was always just out of shot, ready to steady him if he moved.

Once my equipment was set up, I spent some time initially doing some test images to reduce the amount of time spent posing my baby and just used a teddy bear to begin with! Obviously the light would have differed from teddy to person, however I felt that it was a good starting point. I positioned my 120cm octa and flash above Robbie’s head in a diagonal position which produced a nice soft lighting effect reducing any unwanted shadows.

I had some initial questions to begin with, such as is flash lighting safe for babies? What poses are safe for a baby? I wanted to make sure that with this shoot I was doing everything as safely as possible so I did my research on various blogs regarding posing and also got in touch with our midwife regarding the flash who confirmed it would be safe to use. In fact, flash is the safest option by far, because the flash is so brief that it cannot affect baby’s eyes at all. All of the “old wives tales” about the dangers of flash date back to the bad old days of flashbulbs, long before I was born, because flashbulbs could break and shower the baby with hot, sharp pieces of glass!

Once I had the light in place I experimented with positioning and decided to aim the light pointing slightly off-centre (called “feathered lighting”). This allowed me to light Robbie with light spilling from the edge of the modifier. This created a much softer light than more straight on directional light which can be a little harsher.

I recommend having a couple of outfits nearby or multiple types of rugs to use as sometimes with these types of shoots the baby can give you a couple of unwanted surprises along the way, especially when he isn’t wearing his nappy!

I'd also strongly recommend doing some test shots to begin with and allocating a reasonable amount of space for your photo-shoot whilst taking into account your props, light, and extra helpers for position and posing. 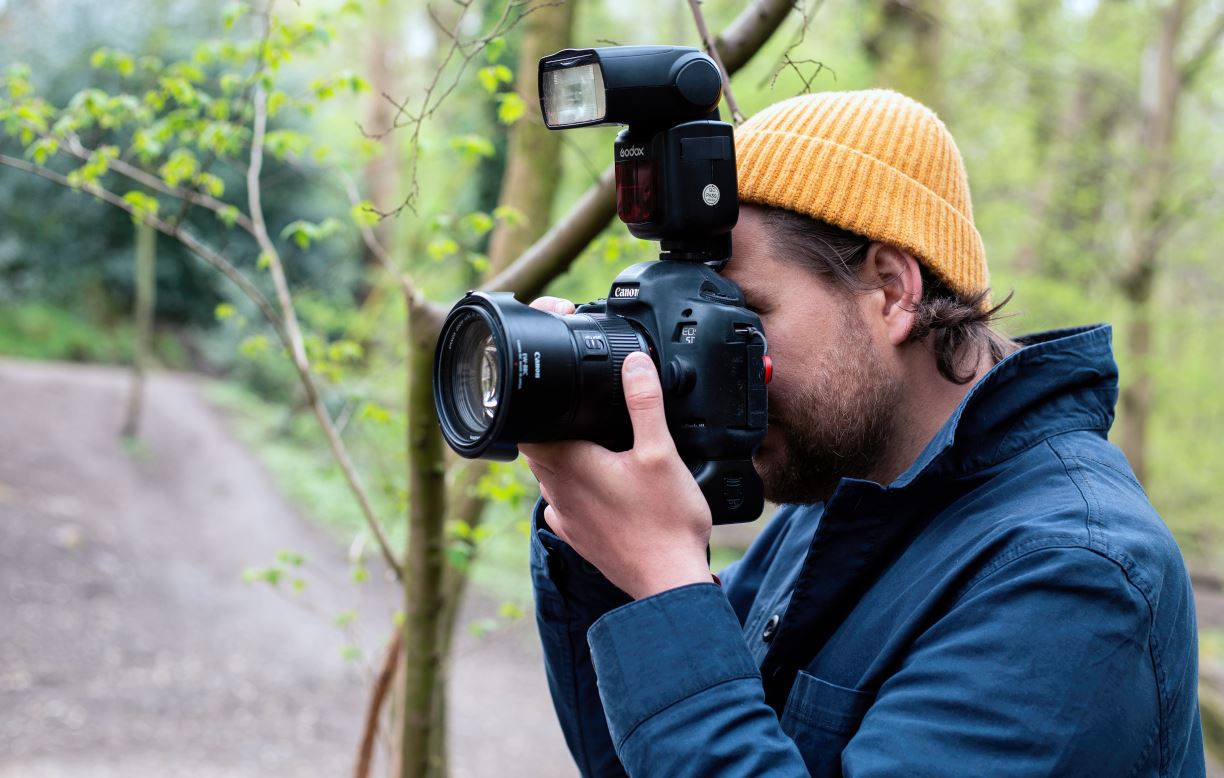