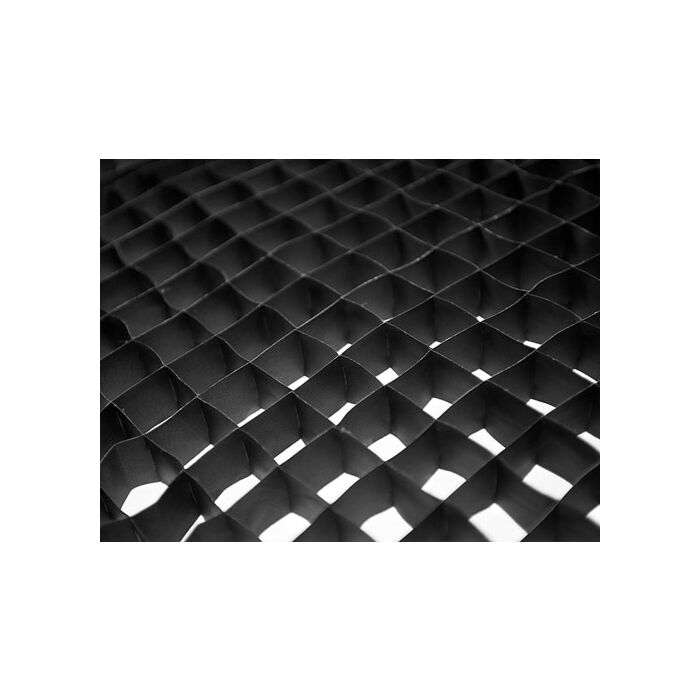 This honeycomb grid attaches with hook & loop fastenings to the lip of our 85x85cm softbox.

As with all honeycombs, there is some loss of light compared to the softbox without a honeycomb fitted, our tests showed this to be in the region of just 1 - 1.1 stops of light when used straight in front of the subject.

There is also a slight loss of softness when used straight in front of the subject, this is minimal when used at a distance but increases at closer distances because the honeycomb prevents light from the edges of the softbox from reaching the subject.

The honeycomb grid is extremely useful for controlling both light spill and for preventing lens flare, especially when used for backlighting. or rim lighting. The effect can be seen in the 360 photo, which shows the amount of light blocking that occurs at various angles.
Info & Specification(s)
What`s in the box

Q&A
Question and Answer
No Questions
Did you find what you were looking for?
Reviews
Write Your Own Review
Only registered users can write reviews. Please Sign in or create an account
Delivery & Returns