We use cookies to make your experience better. To comply with the new e-Privacy directive, we need to ask for your consent to set the cookies. Learn more.

What do these jargon words actually mean?

We try to avoid using jargon, but as that isn't always possible we thought it might be helpful to explain the various terms used throughout our website, plus some others that may be helpful.

Ambient Light: Ambient light is the artificial or natural continuous light that’s already present. Indoor scenes will usually include artificial light such as tungsten overhead lights. Flash is usually too powerful for this low brightness light to record on the film or sensor at normal shutter speeds, but bright sunlight can often cause a problem.

Bounce flash: When the light is bounced off of a reflective surface, such as a wall or a ceiling, rather than being directed at the subject.

Colour Temperature. This is measured in degrees Kelvin. The Kelvin temperature scale follows the Celsius scale, but zero K = -272.5C, which is absolute zero. A piece of matter (carbon) changes colour as it is heated, it starts off as black, then turns red, then white, and eventually to blue. The higher the temperature, the more blue the light becomes. It takes a temperature of about 5500K to produce a white colour and 5500K is generally regarded to be the colour of daylight, although the actual colour of daylight can vary substantially. The important things here are for the colour to match daylight, and for it to be the same every time the flash is fired. Many sellers of cheap lighting equipment claim colour temperature consistency figures that cannot be achieved.

t.5 flash duration: The measurement method most commonly used by people who sell studio lighting is the t.5 time, that's the time that it takes for 50% of the flash to fire.After that, the remaining power continues to be discharged but isn't counted when using the t.5 method. The remaining flash becomes increasingly 'warm' as it loses power, and it really should be counted - but as the t.5 times tend to flatter the equipment being sold, and as most of the sellers may want to flatter the equipment they sell, this is the method that most tend to use. The t.5 does not accurately reflect the action-stopping potential of the flash. As a general rule, take the t.5 time and divide it by 3 to get an idea of how well that particular flash will freeze subject movement. For example, if the t.5 time is 1/1000th second, it's action stopping potential is somewhere around 1/330th second.

Guide number. (Usually abbreviated to GN). Guide numbers are usually expressed either in metres or in feet, for example 100(ft) or 32.8(m). Guide numbers should be tested with the flash meter set to 100 ISO in a large room that does not have reflective surfaces such as white walls or ceilings nearby, which create artificially high readings. Tests are normally carried at by measuring the amount of light that reaches a flash meter positioned two meters from the flash tube. The flash should be fitted with a standard reflector, as a benchmark tool. However, hotshoe flashguns are normally tested with the reflector zoomed to its maximum, which produces much higher figures that can be extremely misleading.
Simply divide the distance in feet (or metres) into the guide number, the answer is the lens aperture that will produce a technically correct exposure, for example: If the guide number is 80 (ft) then at a distance of 10’ from the light source, the correct aperture is f/8 (80/10=8)

High Speed Sync or HSS refers to rapid pulsing of IGBT-controlled flashguns, creating an even brightness of what is effectively a continuous light that is present for the brief period of the shutter cycle. HSS allows literally any shutter speed to be used, but the downside of this is that there is a big loss of effective power.

Hotshoe flash. A flashgun that normally sits on top of a camera, although hotshoe flashguns can also be used off the camera, where they generally produce more pleasing results. Also know as a strobe, a speedlight or a speedlite

Inverse Square Law.(ISL) This is the law of physics, expounded by Newton, which states that intensity of power is inversely proportional to the square of the distance from the source.
In other words, an object twice as far away receives only a quarter of the light.
The Inverse Square Law applies to all forms of energy – heat, sound and light – and of course we are concerned here with light. This law applies whenever the test conditions are met, and there is some variation when the energy source does not meet the test conditions (a point source of energy operating in a vacuum) but overall, the results usually follow the law fairly accurately. To a photographer using artificial lighting of any kind, the Inverse Square Law allows us to calculate how much light will be gained or lost by changing the distance of the light to the subject.

Peak Hyper-sync: This a proprietary technology developed by Pocket Wizard. It adjusts the timing of the flash and so allows the camera's x-sync speed to be raised slightly (like half a stop-ish) with no loss of brightness. It requires the use of a specific radio trigger, made by Pocket Wizard.

Slave flash: A slave flash, or just slave, is a flash unit with a sensor that reacts when another flash is fired to trigger the slave. Commonly used in the studio to allow a number of flash heads to fire simultaneously, slave units can also be added to small portable flashguns. The sensor may be built into certain models, especially studio flash heads, or can be bought as an accessory to attach separately.

Slave sensor: A photo electric sensor, fitted to a flash head, that reacts to a flash of light and fires the flash it is fitted to.

Stop: Originally called the Waterhouse stop, this was named after the process of stopping light from entering the lens. Now though, the term has changed with usage and means a change to exposure of 100%, for example 1 stop more means doubling either the amount of light passing through the lens by changing the f/number from (say) f/11 to f/8 or doubling the length of time for which it passes through, for example changing the shutter speed from 1/500th to 1/250th second. And the same in reverse, so 1 stop more means doubling the amount and 1 stop less means halving it.

Tail Hyper-sync: This uses the long flash duration common to most studio-type heads most of the time, and also works with most other flash units when used at full power output. The advantage, when used with a radio trigger designed for the purpose, is that literally any shutter speed can be used. However, there's a big loss of brightness with Tail Hyper-sync, and exposure also varies significantly down the frame.

Watt A measurement of electrical power consumption. This is used when describing any electrical equipment that uses power continuously, for example an electric heater or a continuous light source. The term does not apply to flash, but many sellers of flash equipment don't seem to know that, and use "Watt" when they should use "Watt Second"

X-sync speed: The fastest shutter speed that a camera and flash will normally synchronise at. Most cameras have an X-sync speed of 1/60 to 1/250sec, depending on make and model. If the shutter speed is too fast this will results in black strips of underexposure at the sides or top or bottom of the image. 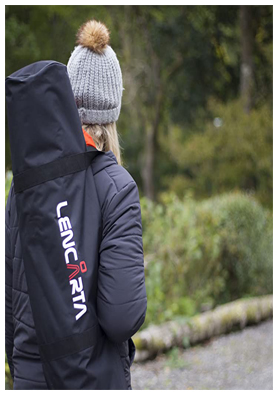 Sign up for our newsletter to get the latest news about our company, your favourite products, and great deals.