Stock expected - Available on August 31st 2022. Click 'Add to Cart' to pre-order now.
Skip to the end of the images gallery 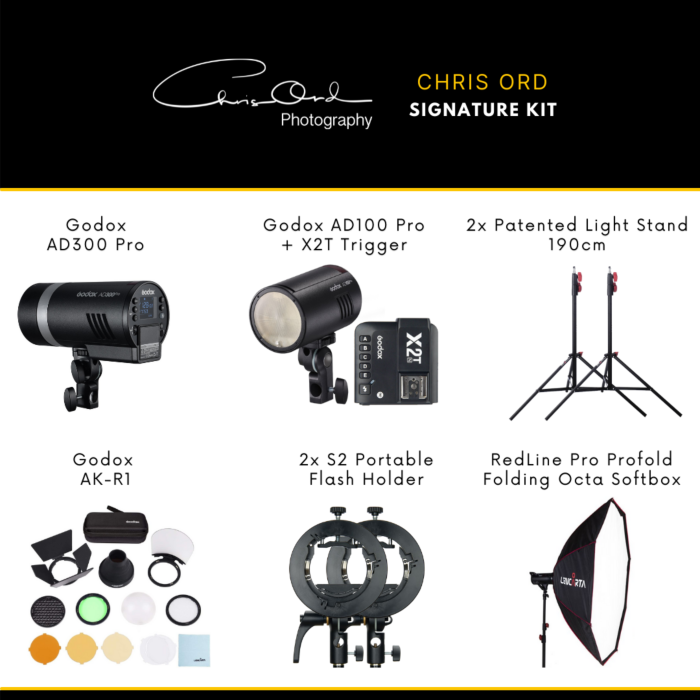 Taking on a step forward with your photography career or hobby can be daunting, but that's why we're here to give that guiding hand. The £1000 Signature Kit from Chris Ord provides everything you need in a compact and portable kit. The entire kit can easily be folded into a reasonably-sized Photography roller bag for transport from location to location. With the battery powered Godox AD100Pro and 300Pro, the flashes can be easily taken from your pocket and used for any ocassion with more than enough power to support you. The AK-R1 opens up a lot of possibilities to empower your creativeness, clicking on through it's magnetic attachment system through the 100Pro and the 95cm Softbox is a robust all-rounder for any occassion. The right size not to be in the way or weigh you down!

The Godox AD100 Pro and 300Pro are the smallest flashes in the AD series, weighing in at 524g and 1.25kg respectively. The AD-Series of flashes are the perfect companion for any photographer shooting on location, as well as in the studio. Despite their size, the heads feature enough power individually and together to fill softboxes and other modifiers for your shoot. The AD100 Pro and AD300 Pro come with a built-in 2.4Ghz receivers, allowing you full wireless control when using alongside any of the popular Godox X series transmitters, including the XPRO, X1T and X2T. The magnetic round head of the 100Pro allows you to use various accessories, including the AK-R1 Round Head Accessory Kit and the Godox Dome Diffuser, whereas the Godox Bayonet mount of the 300Pro easily applies softboxes such as the Godox AD-S85 and AD-R14 Reflector kit.

With thought behind using the kit straight from your photography backpack, the kit requires very little set up. The octa softbox features a simple umbrella-like opening system with no need to build or deconstruct the octa. The AD100Pro, AD300Pro and X2T as standard are set to be connected straight away, both placed in Channel 1 and Group A simultaneously. Once the trigger is on camera, simply press the shutter button and you're good to go! The AK-R1 is easily applied with magnets, meaning there's no twist locks or two hands to remove the pieces - just click the AD100Pro, AK-R1 and go!

Much like the latest Godox flash systems, the AD100Pro continues to use the award winning Godox X-Series system of triggers and receivers. Having it's own 2.4Ghz receiver built in with the possibility of a sync lead for third party receivers, the AD100Pro is adaptable to what you need to control the unit wirelessly.

The Godox AK-R1 accessory kit offers a multitude of photography lighting options that will enhance your Godox flash heads! The AK-R1 includes a range of light modifiers that fit directly onto the round head of many Godox products, including a diffuser dome, a selection of gels, and a honeycomb grid. This kit is directly compatible with the V1 and AD100 Pro but also works well with  AD200/ AD200 Pro when used alongside the H200R round head attachment. Offering soft and even lighting to your work, the AK-R1 attachment set adds versatility and flexibility to your flash head!

Chris' start in photography came from his Father who bought him his first camera and showed him the ropes. That was 10 years ago, and he still shoots with his father now. Over the last 10 years he has worked primarily as a Wedding Photographer covering 25-30 weddings a year around the UK. More recently he has worked with brands such as William Morris Eyewear, Newcastle United Football Club and one of Newcastle's leading Marketing Companies - Jam Marketing. As well as being behind the camera he also run regular training workshops for photographers from his studio in Hebburn. This is in partnership with lighting supplier Lencarta for whom he is a Brand Ambassador. 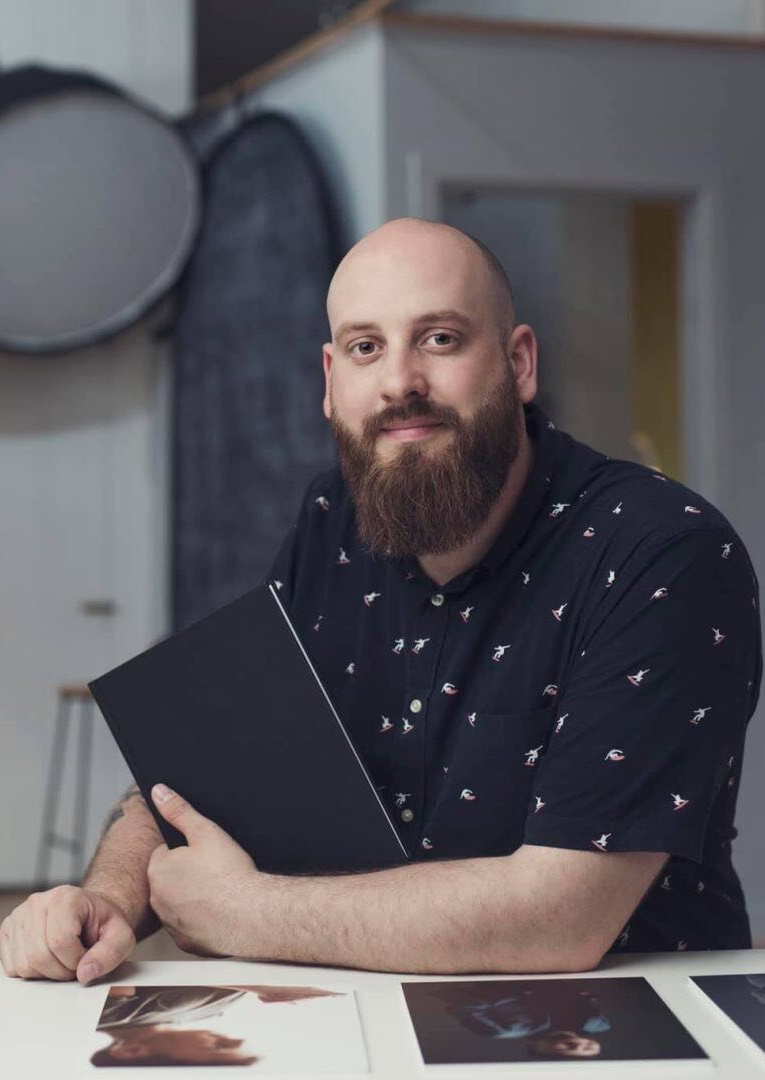 Info & Specification(s)
What`s in the box

What's In The Box?

Q&A
Question and Answer
No Questions
Did you find what you were looking for?
Reviews
Write Your Own Review
Only registered users can write reviews. Please Sign in or create an account
Delivery & Returns