The BOYA BY-BM2021 is a super cardioid video shotgun microphone which offers much better sound performance than using a smartphone, tablet, camera or a camcorder's built-in microphone. With both TRRS and TRS audio connector cables included, it is compatible with most devices that have a 3.5mm mic jack. With a unique super-cardioid polar pattern, the BY-BM2021 offers a tight pickup area focusing directly in front of the microphone and reducing surrounding sounds, ensuring that your subject is isolated from any background noise. With reinforced ABS construction, and at only 63g, the microphone keeps your setup super lightweight making it ideal for handheld shooting. Without any complicated switches or settings, it’s powered by cameras, camcorders or smartphone, PC external microphone input, requiring no batteries to operate. 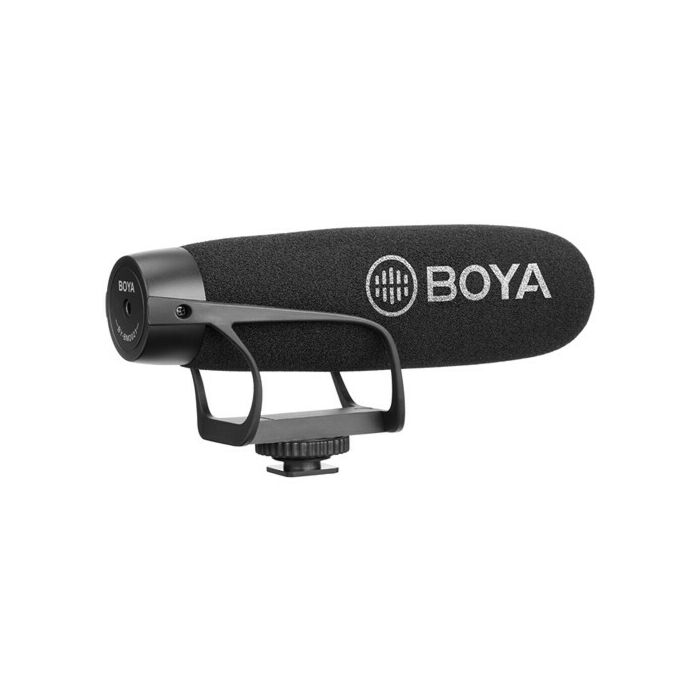 Skip to the beginning of the images gallery
Description

The BOYA BY-BM2021 is a super-cardioid video shotgun microphone which offers much better sound performance than those of smartphones, tablets, cameras and camcorders' built-in microphones.

With the super-cardioid pattern, its tight pickup area focuses directly in front of the microphone and reduces other surrounding sounds.

Without any complicated switches or settings, BOYA BY-BM2021 is mainly powered by cameras, camcorders, smartphone devices and operates without its own battery.

With both TRRS and TRS audio connector cables included, BOYA BY-BM2021 is compatible with most smartphones, tablets, DSLRs and camcorders which have a 3.5mm mic jack.

Specification
What`s in the box
Reviews
Write Your Own Review
Only registered users can write reviews. Please Sign in or create an account
Q&A
Customer Questions
No Questions
Did you find what you were looking for?
Delivery & Returns